Home
Products
About Us
Factory Tour
Quality Control
Contact Us

Barbed tape or razor wire is a mesh of metal strips with sharp edges whose purpose is to prevent passage by humans. The term "razor wire", through long usage, has generally been used to describe barbed tape products. While razor wire is much sharper than the standard barbed wire, it is named after its appearance, but is not actually razor sharp. However, the points are very sharp and made to rip and grab onto clothing and flesh.

The multiple blades of a razor wire fence are designed to inflict serious cuts on anyone attempting to climb through and therefore have a strong psychological deterrent effect. Razor wire is used in many high-security applications because, while it could be circumvented relatively quickly by humans with tools, penetrating a razor wire barrier without tools is very slow and difficult, giving security forces more time to respond. Razor wire usually contains a core of hardened steel strip that is often under tension, so if cut, the recoil could cause the wire to unfurl and lash out, striking the cutter

Razor-wire has a central strand of high tensile strength wire, and a steel tape punched into a shape with barbs. The steel tape is then cold-crimped tightly to the wire everywhere except for the barbs. Barbed tape is very similar, but has no central reinforcement wire. The process of combining the two is called roll forming. 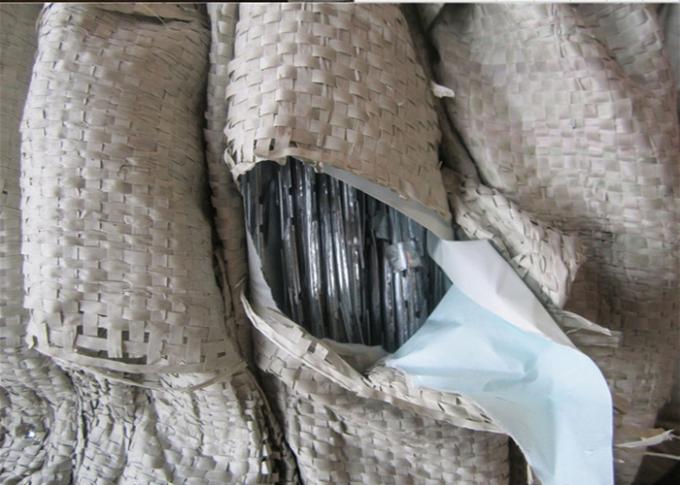 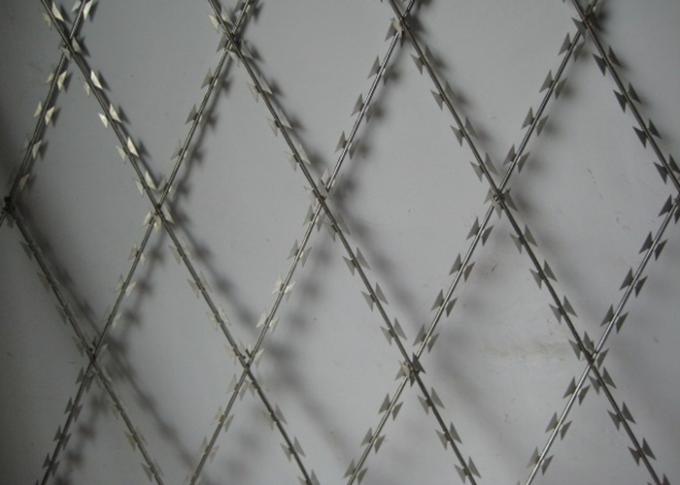 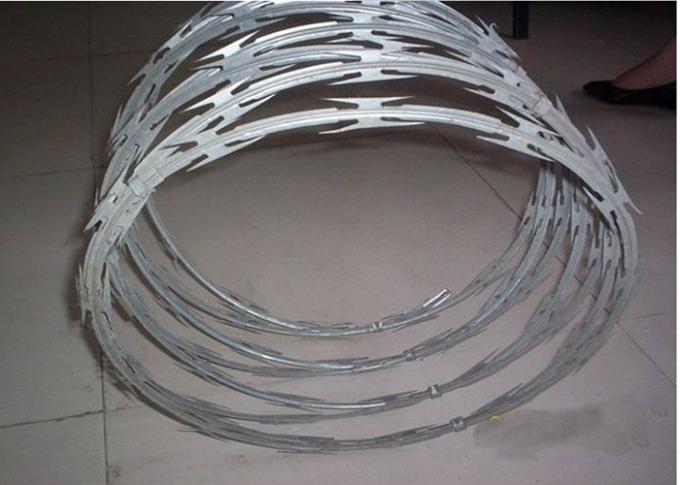